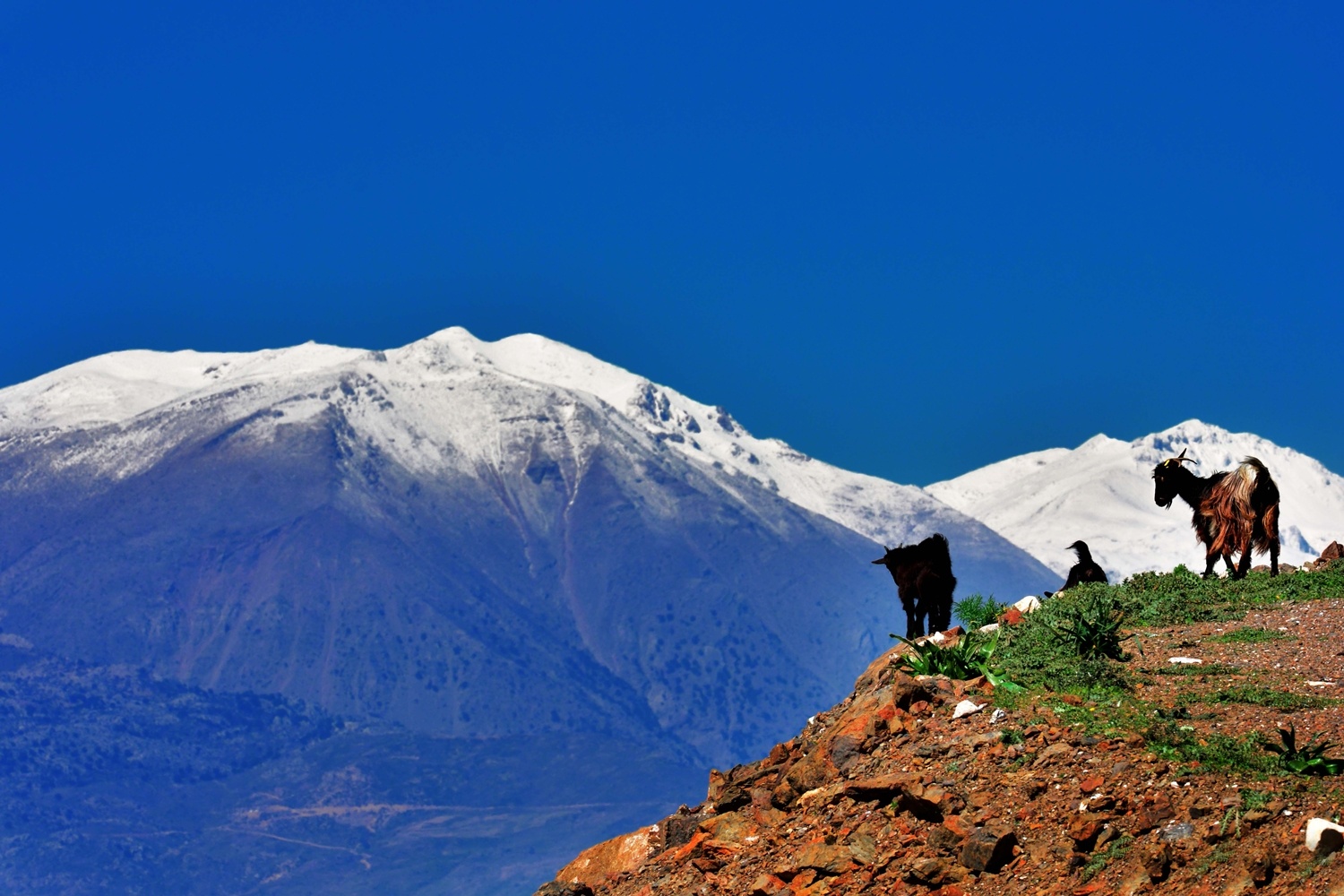 The treeless mountains of the Asterousia Mountain Range have a unique charm and even greater environmental value: 55% of the species recorded on Crete can be found here: 23 endemic species and subspecies of plants, more than 90 species of bird, 24 species of reptiles, 8 species of invertebrates, 29 species of diurnal predatory birds and a large number of migratory birds that stop in the area, using it as a rest stop between the reservoirs in Armanogia and Damania, located in the Mediterannean zone of the Municipality.

The Asterousia Mountain Range is part of the NATURA Protected Areas Network, the main protected species being the bearded vulture (Gypaetus barbatus), which is an endangered species.

The environment of the Asterousia is an ideal habitat for birds of prey. The cliffs offer refuge from to the endemic and rare fauna species endangered of becoming extinct. The large number of free grazing goats and sheep provide plenty of food for the vulture, which is a prerequisite for its survival.

Older terraced wheat farms have been abandoned and overrun by brushwood and maquis vegetation. The southern slopes are very steep with cliffs that plunge abruptly into the sea and deep gorges that lead to pebbled beaches with numerous caves. On the southern slopes there are also small clusters of Cretan pines and cypress trees. Acorn bushes, dittany, and petromaroula (rock lettuce) only grow on the cliffs that cannot be reached by the goats that overgraze the entire mountain massif. The sea caves are mating grounds for the Mediterranean seal.

The aesthetic and environmental value of the Asterousia Mountain Range is great, as extensive parts of the mountain massif and coastline remain untouched, as there is still no seaside road.

Protected areas of the Asterousia Mountains:

The area consists of two main parts, a rocky σεψτιον with cliffs and gorges and another surrounding a sandy beach (where the Caretta caretta sea turtle lays its eggs) and the mouth of the Geropotamos River. The area extends to Kokkinos Pyrgos, including two thirds of Mesara Gulf’s coastline.

The gorges present constant changes to the landscape. There is a wide range of small plant communities. Among them there are clusters of Nerium oleander, a small cluster of Phoenix theophrastii in the district of Martsalos, a mixed forest with Juniperus phoenicea, maquis vegetation with Oleo-Ceratonion (matorral) and brushwood.

The Asterousia Mountains (Kofinas – Municipality of Gortyna): (With the exception of Kofinas the rest of the mountain range is administrated by the Municipality)

The region includes the eastern part of the mountainous mass of the Asterousia in southern Crete. The sea area covers less than 1% of the region.

The importance of the region comes down to the endemic and protected species of flora, the nesting grounds provided by Mt. Kofinas and the cliffs of Abas Gorge for large birds of prey, to the presence of the Mediterranean seal in the sea caves, the interesting snail species, nine of which are endemic to Crete, while Albinaria terebra is endemic only to the Asterousia Mountain Range. The region is of great archaeological importance (there are very interesting caves with prehistoric remains, archaeological finds and iconostases, Byzantine monasteries, etc.), and aesthetic value, due to its morphology.