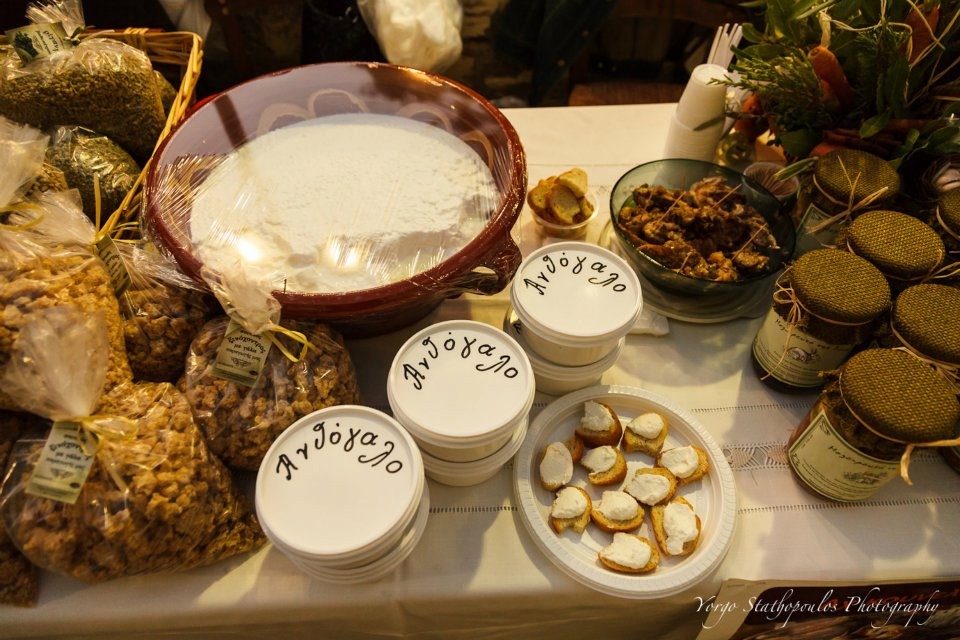 Sampling local flavours is a must for all visitors. Sampling local dishes, wines, various products; dishes with locally produced ingredients prepared in a housewife’s ‘tsikali’ (cooking pot) and products of distillation or the stomping vat that please the human palate.

What has world research shown on dietary patterns?

The Cretan dietary pattern holds top position the world over today, as specialists admit, even in the ‘gourmet’ land of France, and this is indicated by valid scientific surveys.

The 7-country study undertaken by the World Health Organisation, the Serge Renaud study, the recent survey undertaken by the medical schools of the Universities of Athens and Harvard and many more reveal the longevity of Mediterranean peoples compared to the rest of Europe, and, particularly, that of the Cretan population; they associate this with Cretan dietary patterns.

To be specific, in the beginning of the 1960s the World Health Organisation started a study of the dietary customs of people from 7 different countries (Greece, Italy, Yugoslavia, the Netherlands, Finland, the USA and Japan). The study lasted 30 years and participants included about 12-13,000 individuals aged 40-59 years; it examined the relationship between the dietary customs of these regions with medical conditions like cancer and cardiovascular disease. The results surprised the international scientific community as they indicated that people who lived in the Mediterranean countries presented lower rates of mortality from cancer and coronary disease and had the highest average life-expectancy (particularly on Crete), when compared to the inhabitants of other countries. In their efforts to reveal their secret, scientists were led to the conclusion that their particular and natural life style (working outdoors, increased physical activity) as well as their simple and austere diet, which became known around the world as the ‘Mediterranean Diet’ were responsible for this phenomenon.

Then followed the «Lyon Heart» study, by renowned French Professor Serge Renaud, who wanted to find out to what extent the factors above, combined with reduced stress levels, were responsible for the good health of Cretans. This survey, which lasted 5 years, included 605 patients, (who had already suffered a cardiac episode and were at risk of a second one) and took place in Lyon. Patients were divided into two groups: the first one was given a diet complying with what the World Health Organisation proposed and the second one was given the food ratios used by Cretans. The results of the second group were much better than those of the first group, so that even Serge Renaud himself had to admit: