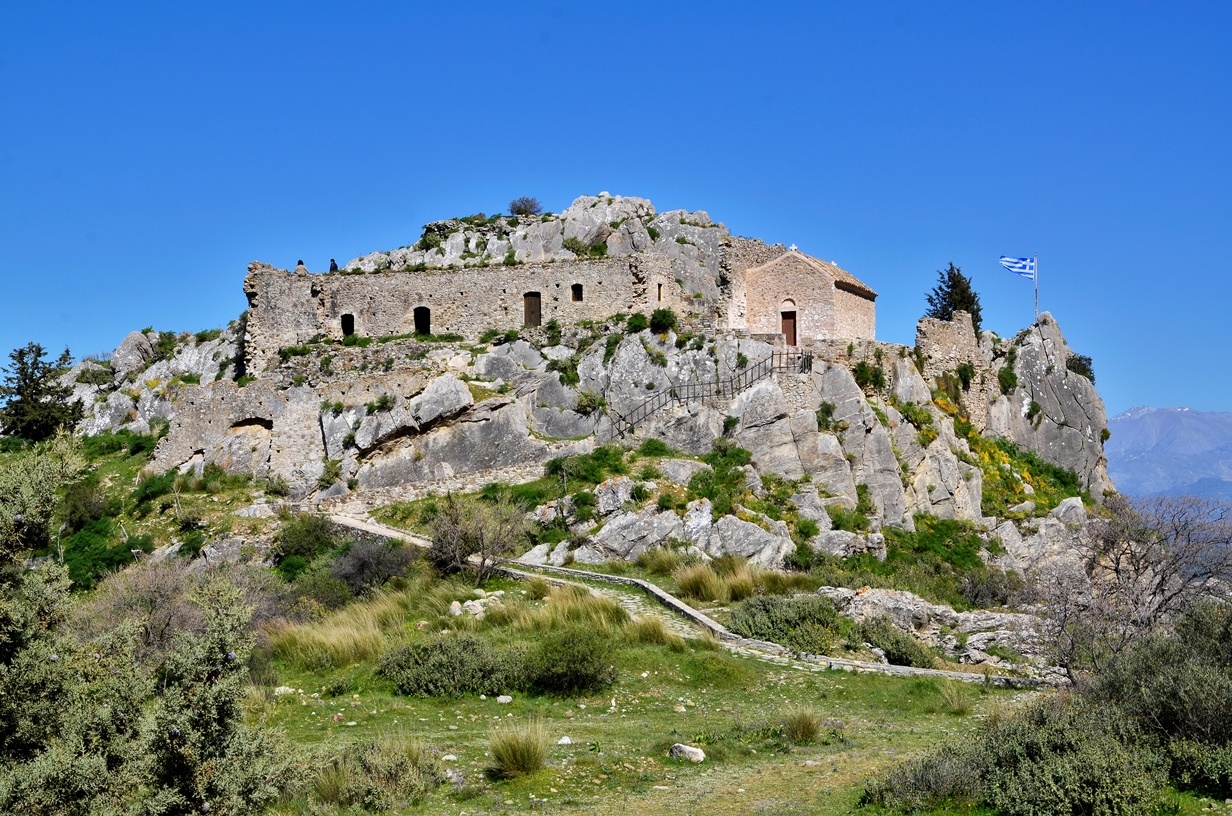 There is no definite construction date for the castle. There are no written testimonies and the structural data cannot support a safe estimation.

Two construction phases can be discerned in the castle, the first of which is that of the Middle Byzantine Period. The buildings, fortifications and ruins that we see at present mainly originate from a later phase that is definitely Venetian.

The earliest reference to the village as ‘San Giovanni’ is found in a contract from 1280. From 1373 onwards there are many references to it as a Venetian fiefdom.

Around the fortified rock there lay some sort of Byzantine hamlet that had already become a Venetian fiefdom by the 14th century, seeing as, firstly, small and large fiefdoms alike required a respectable castle and, secondly, if was impossible for the Venetians not to take advantage of the rock’s exceptional defensive position, which leads one to the conclusion that the Venetian fortification had already been constructed by the 14th century. Also contributing to this conclusion is the fact that the fortification was not particularly advanced, unlike later Venetian fortifications.

After the Ottomans conquered the castle it may have also been used by them; however, it was abandoned relatively quickly.

The fortification of the second rock on the west comprised of a double wall: a lower one on the slope and a second one on the peak. Traces of fortification walls have survived on the northern and southern sides, while the eastern side remained unfortified as the rock there is vertical and practically impassable.

On the upper level, the rock is dominated by a long and narrow building with three consecutive rooms with semi-circular domes. The layered structure of the eastern wall, and the variations in width and incline are dictated by the shape of the wall to which this is adapted.

The roof of the building had various openings along the sides to collect rainwater.

The floor of all three rooms was carved directly on to the rock and covered with plaster. As the rock is on an incline, in some parts that have not been carved out, the rock protrudes from the floor. In the NW side of the building there rose a rectangular two-storey tower, superstructure traces of which are preserved at the points where the building was supported. To the south of the complex the ruins of another rectangular building are preserved, at the edge of which there was a second tower; this, in combination with the northern tower, provided an overview of the entire valley.

At the highest point of the rock there are traces of another building, which was probably also a tower, a kind of donjon, the last point of defence of the castle. Lower than the rest of the complex, on the western side, is the church of Metamorphosis tou Sotiros (Transfiguration of Christ). To the south of the church there was a lower wall with battlements.