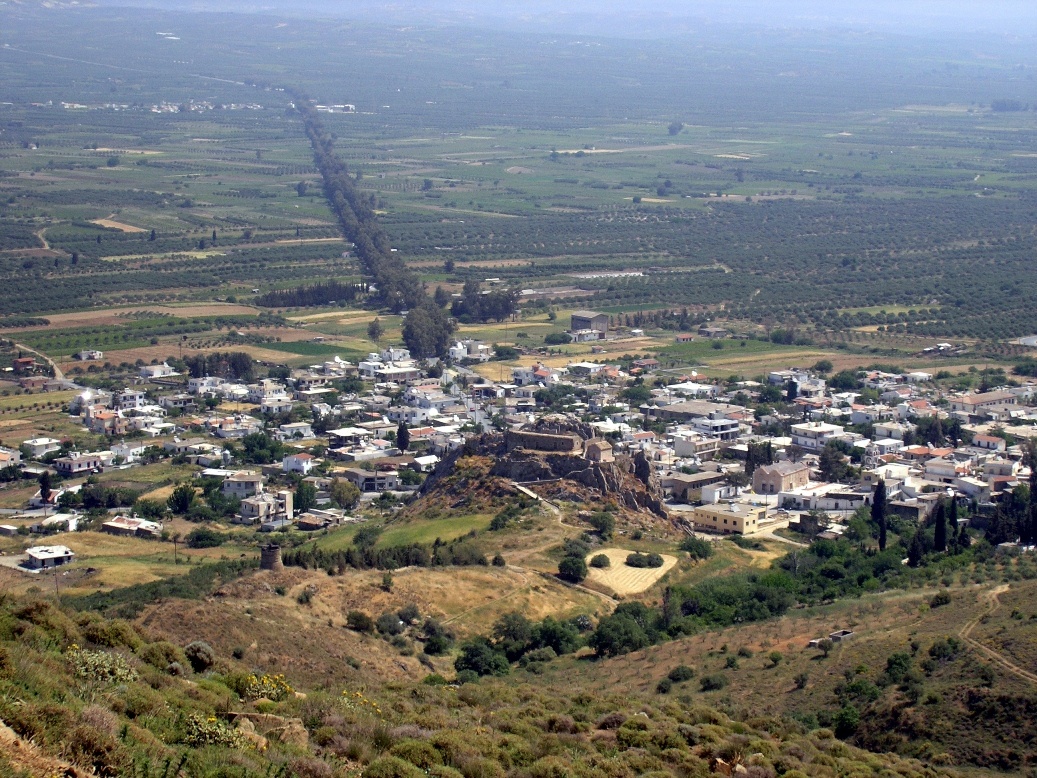 Charakas is one of the three main villages at the root of the Asterousia, on their north side. Its Venetian name was San Giovanni (St. John), but it changed to Charakas, because in the west of the village there is an imposing rock, 35m high and 60m wide. On Crete and other islands, the word ‘Charaki’ means rock. This is a monolithic mass, accessible only from the southwest, through the cobblestone lane that leads to the quaint Byzantine church of Afentis Christos (Lord Christ).

The west side of the rock is sharp and steep. Its fortified position, affording a panoramic view and surveillance of the entire plain of Mesara, led the Venetians to build a castle here. Today only some of its relics survive.

The village has an active Cultural Association that organises various celebratory events throughout the year to mark religious feasts (Christmas, Easter) and other occasions, such as the feast of St. Panteleimon (27 July), the anniversary of the Battle of Crete (20 May), etc. Especially on the occasion of the last event, Charakas becomes the central point of the feast, due to the anniversary of its bombardment by the Nazis. They say, however, that this attack was a mistake made by the enemy, as they were targeting the village of Charaki, but ...mixed it up with Charakas.

In recent years, in cooperation with the Municipal Centre for the Open Care of the Elderly (KAPI), the operation of the old looms has been revived; older housewives teach young girls how to weave. Ask at the local KAPI, in the village square, under the Charaki, to be shown the looms and their wonderful woven items.

Also seek out the Women’s cooperative with their dozens of sweet and savoury products.

The churches of the village are: Agiou Panteleimon (St. Panteleimon), the patron saint with the largest church and a four-storey bell tower, the church of Koimisi tis Theotokou (the Dormition of the Virgin Mary) (in the old village), Agiou Nektariou (St. Nectarius) (in the lower district), Agiou Ioanni (St. John) (in the cemetery), Agias Paraskevis (St. Paraskevi) (on the edge of the village), the church of the Holy Spirit (Agiou Pnevmatos) (on the Asterousia heading to Paranymfoi), Agiou Georgiou (St. George) and Agiou Nikolaou or Agiou Nikita (St. Nicholas or St. Nikitas) (on the plain) and Afentis Christos (Lord Christ) (on Charaki rock).

Also worth seeing are the windmill and the water fountains.