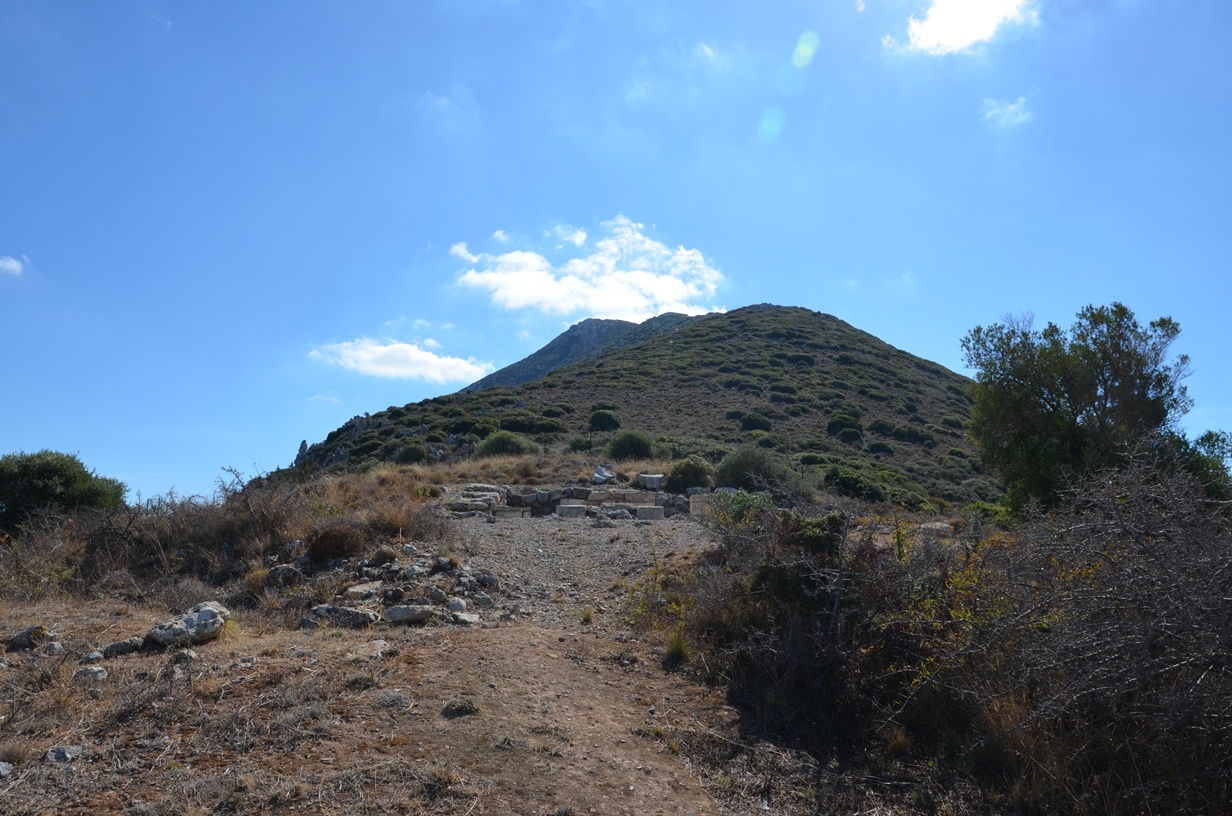 The Mt. Juktas part is 3km west of Archanes and 18km south of the city of Heraklion. It covers a total area of 4km2 and has a North-South longitudinal shape. Its highest peak is 811m high. The west slopes are steep with a gradient of up to 100%, while the east slopes are milder with a gradient of up to 50%. So far there are eleven known caves on Mt. Juktas, of which Chosto Nero and Spelios Stravomyti (Buried Water and Crooked Nose Cave) have been explored and partially mapped.

In the north-northeast part of the region there is a torrent bed with relatively rich bank vegetation and a small gorge.

The region is included in the European Nature Network (Natura) 2000 for "the conservation of natural habitats and of wild fauna and flora” and it is considered an Important Bird Area (IBA) of the European Union. It is also protected as an ‘Archaeological Site’ and as a ‘Landscape of Exceptional Natural Beauty’.

The Park is surrounded by extensive vineyards and olive groves. The impact of human activity on the natural environment of the area (logging, clearing, cultivation, fire) has drastically changed its profile, although nobody can definitely say what the territory used to be like before human intervention. The sparse oak trees scattered in the Archanes basin might be remnants of the once prevailing vegetation. In general, human intervention is less intense on Mt. Juktas, and vegetation, although different in the quantity and quality of flora composition than in the past, has maintained several of its original features. Around 360 different plant species have been identified, of which 18 are endemic to Crete and/or Greece. Wood stemmed bushes with small leaves that often have thorns prevail (underbrush), such as thymios (thyme), angarathia (Jerusalem sage), astoivida (Sarcopoterium spinosum), and chinopodi (type of fleawort). Locally there are deciduous, flat-leafed species, such as Kermes Oak and the carob tree, which in some places are small trees. Numerous herbs appear after the first rains and turn Mt. Juktas turns green by springtime. Several species grow on steep slopes, such as chasmophytes, which are unique and have not been affected by the human presence. Among them are dittany and the Cretan white ebenus (Ebenus cretica).

The fauna of Mt. Juktas has not been studied in depth, although it is truly interesting for various reasons, since there are species that complete their life cycle in this habitat, as well as others that visit the locality temporarily or use it as a nesting site.

The number of invertebrates comes to several hundreds, many of them endemic. Snails, millipedes, spiders, herbivorous, carnivorous and carrion-feeding insects can be found everywhere, even in the depths of caves. Amphibians have been sited mainly at the foot of the mountain and include the yellow bellied toad and the common tree frog. Reptiles are represented by a type of lizard (Lacerta trilineata) and two species of harmless snake, the ‘spitofido’ (house-snake, Zamenis situla), which is called ‘ochentra’ on Crete and it is not related to the adder, whose name is very similar in Greek, as well as ‘gatofido’ (cat snake, Telescopus fallax). There are a total of eight mammal species, three of which are insectivores (a bat, Hipposideros rhinolophus, a mole, the Cretan shrew, Crocidura zimmermanni, the hedgehog) and three rodents (the house mouse, Mus domesticus, the rock mouse, Apodemus mystacinus and the rat), a type of hare, three carnivores (the European badger, Meles-meles arcalus, the Cretan Beech Marten, Martes foina-bunites and the Cretan least weasel (Mustela nivalis galinthias).

Bird fauna of the island is particularly significant, as around forty bird species have been spotted and vulture reproduction here is of major importance. There are also other rare and/or endangered species, such as the falcons ‘petritis’ (Falco peregrinus) and ‘mavropetritis’ (Falco eleonorae).

Crete has the greatest plant biodiversity of all Mediterranean islands, with the exception of Sicily, which, however, is three times as large. Cretan flora comprises of around 1,800 plant species, of which 180 are endemic to Crete, i.e. they are not encountered anywhere else in the world.

The Botany Department of the Natural History Museum of Crete – University of Crete, in the effort to highlight Cretan flora and, in particular, the endemic and endangered plants of Crete, has established the first ‘arc’ of endemic plants on Mt. Juktas.

Anthropomorphic Mt. Juktas, the sacred Minoan mountain, with its numerous archaeological sites is a natural refuge of rich flora (380 plant species, of which 21 are endemic to Crete), rarely encountered elsewhere in Europe. All of the above makes it apparent that around 1/5 of Cretan flora and 1/11 of endemic Cretan flora grows on Mt. Juktas. This is why this territory has been included in the European Union list of CORINE BIOTOPES, the important biotopes to be conserved in Europe, while it is also included in the ΝAΤURA 2000 Network, under Code No: GR 4310002 “Mt. Juktas-Agia Eirini Gorge”.